The nearby attractions include: 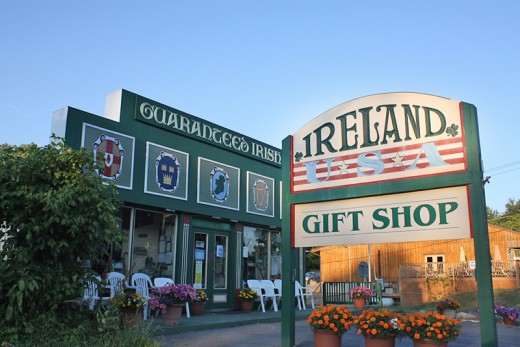 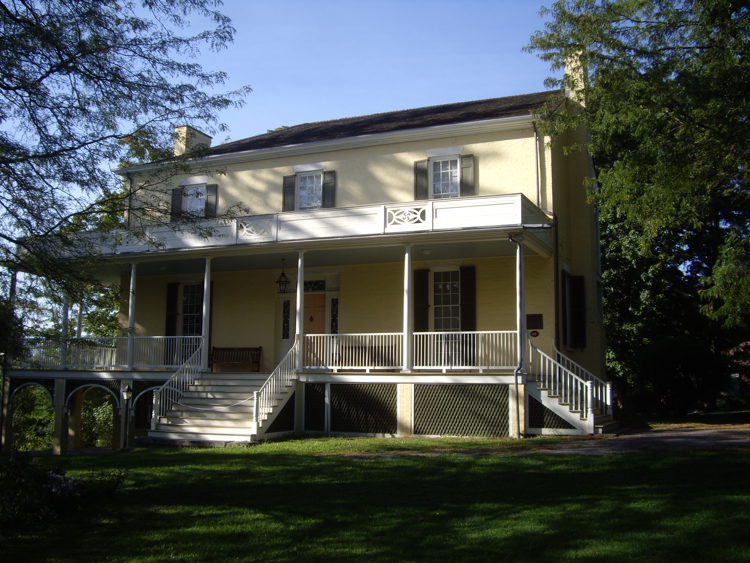 The Thomas Cole House, also known as Cedar Grove or the Thomas Cole National Historic Site, is a National Historic Landmark that includes the home and the studio of painter Thomas Cole, founder of the Hudson River School of American painting. It is located at 218 Spring Street, Catskill, NY, USA. The site provided Thomas Cole with a residence and studio from 1833 through his death in 1848 (excerpt from Wikipedia). 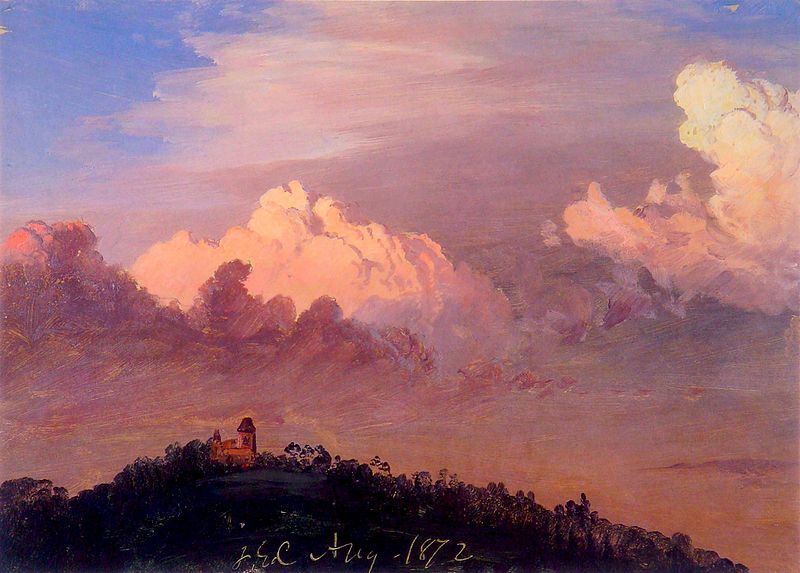 The home of Frederic Edwin Church (1826–1900), one of the major figures in the Hudson River School of landscape painting. The centerpiece of Olana is an eclectic villa composed of many styles, difficult to categorize, which overlooks parkland and a working farm designed by the artist. The residence has a wide view of the Hudson River valley, the Catskill Mountains and the Taconic Range. Church and his wife Isabel (1836–1899) named their estate after a fortress-treasure house in ancient Greater Persia (modern-day Armenia), which also overlooked a river valley.

Olana is one of the few intact artists’ home-, studio- and estate-complexes in the United States; it was designated a National Historic Landmark in 1965. It is owned and operated by the New York State Office of Parks, Recreation and Historic Preservation, and is also supported by The Olana Partnership, a non-profit 501(c) organization. The main building is an architectural masterpiece designed by the architect Calvert Vaux working closely with Church. The stone, brick, and polychrome-stenciled villa is a mixture of Victorian, Persian and Moorish styles. The interior remains much as it was during Church’s lifetime, exotically furnished and decorated with objects from his global travels, and with some 40 paintings by Church and his friends. The house is intricately stenciled inside and out; Church designed the stencils based on his travels in the Middle East. The house contains Church’s last studios, built as an addition from 1888 to 1890 (excerpt from Wikipedia). 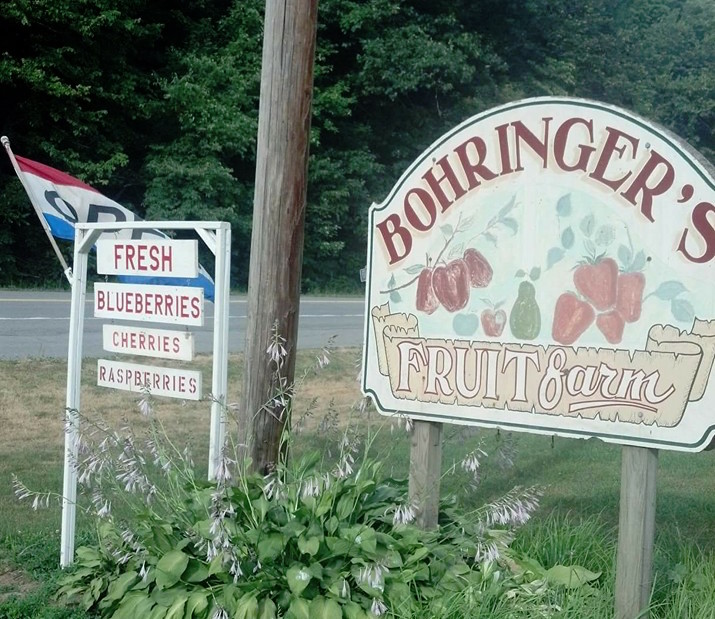 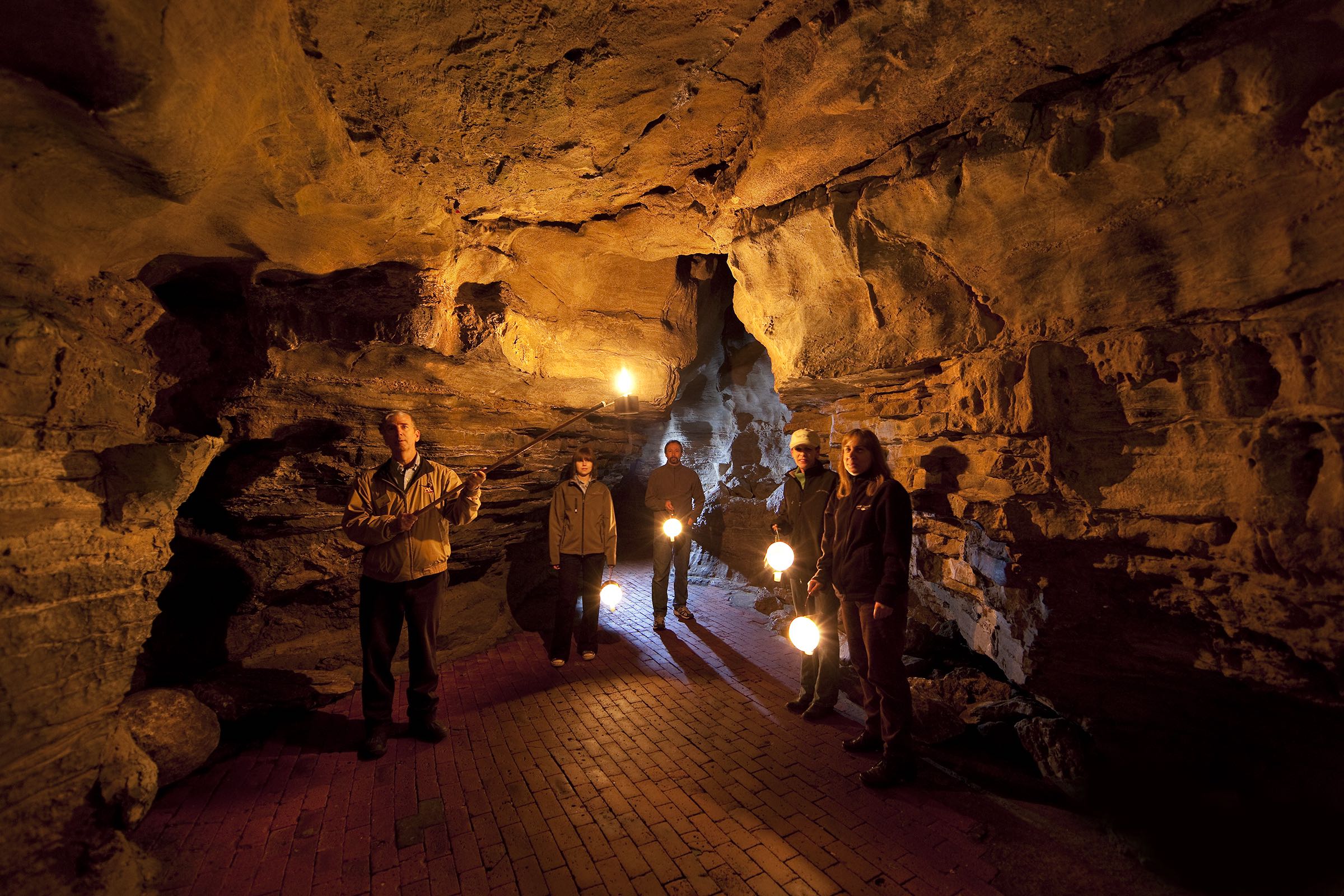 A new era began for Howe Caverns on April 19, 2007 when the 220 shareholders of Howe Caverns, Inc. sold the company to two local men, Charles M. Wright and Emil J. Galasso. Both men vowed to invest several million dollars in improvements to Howe Caverns over the coming years.

Mr. Galasso is also the founder of the Cave House Museum of Mining & Geology on the site of the original Howe’s Cave located on land adjacent to Howe Caverns. The vision for the future of these properties includes joining the present Howe Caverns to Lester Howe’s original cave on the site of the museum so that visitors may see the natural wonder as they did in the 19th century.

The new owners continue to fulfill their vision for a renewed Howe Caverns to expand the tour beyond the current Lake of Venus. Eventually, this work will unite the entire cave system as it was found when Lester Howe discovered it in 1842. Walkways, lights and bridges will need to be installed. The 875 feet of cave destroyed by mining in the early 1900’s will need to be recreated.

Since 2007, visitors can now view the Cave House Museum at various times during the year.

The Cave House Museum is a restoration project and is expected to take several years for completion. 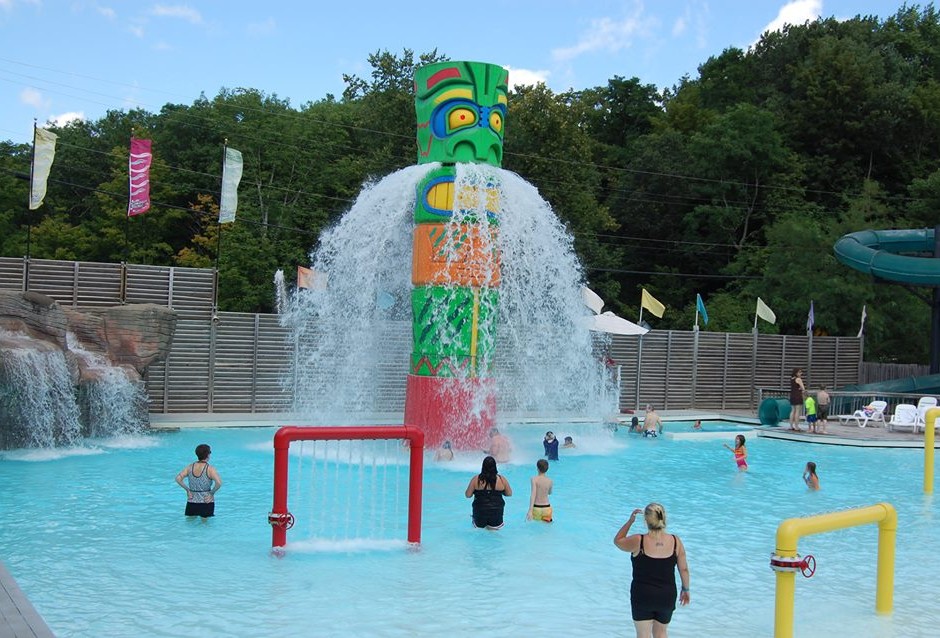 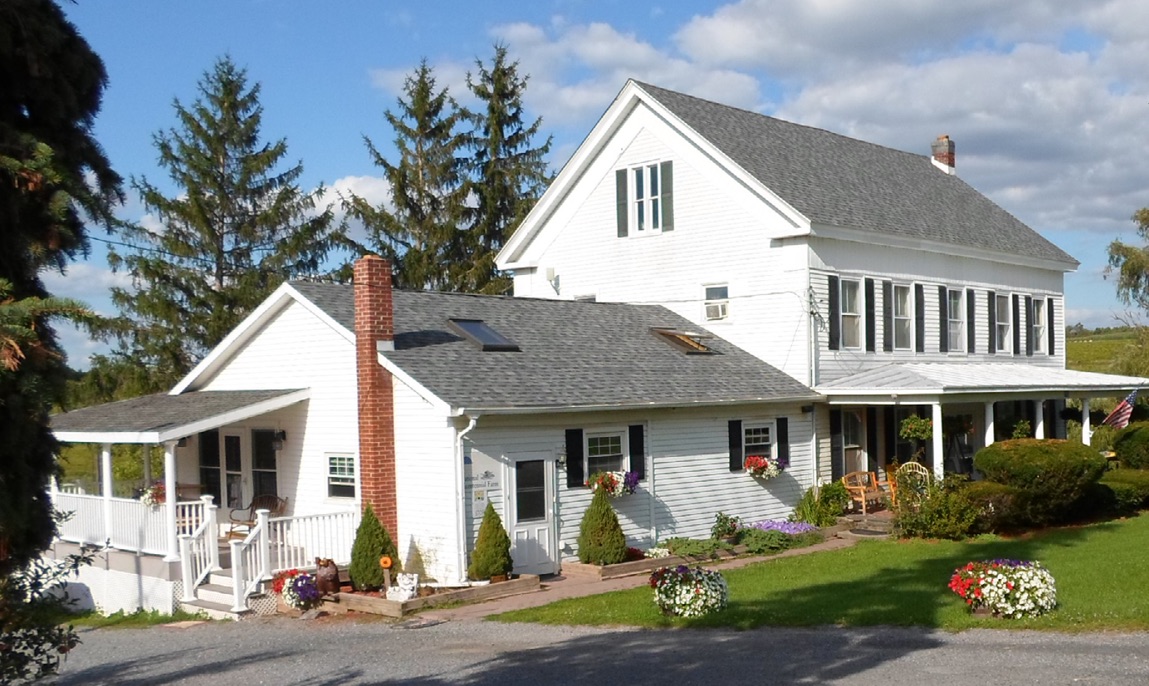 The farm that John and Sally Hull started in 1786 is still being run, seven generations later, by Frank & Sherry Hull and their sons. For their family’s 200-plus years of dedication to their farming heritage, they have been recognized and designated by New York State as a National Bicentennial Farm, an honor that they cherish. 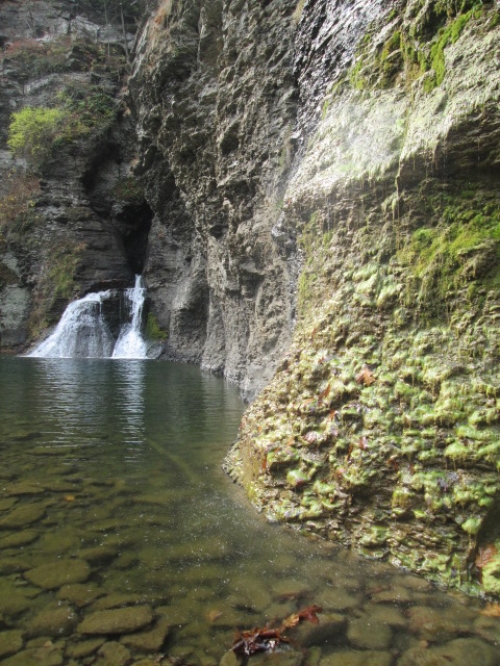 Mine Kill State Park is named for Mine Kill Creek, which runs through a narrow gorge in the park and features the 80-foot (24 m) Mine Kill Falls. The park is located adjacent to the Blenheim-Gilboa Reservoir and its inflow, Schoharie Creek.

Mine Kill offers year-round recreation, including snowmobiling, cross-country skiing, snowshoeing, fishing (trout and walleye), boating, hiking, mountain-biking, and swimming. The park features an Olympic-sized swimming pool, a diving pool, a wading pool, and a bath house. Located at the park is a pavilion which may be rented for private parties. There is a playground, numerous picnic tables, and charcoal grills on site. Among the park’s 6.5 miles (10.5 km) of trails is a 3.5-mile (5.6 km) section of the Long Path.

Starting in 2015, fees for parking and swimming at the park were waived for all visitors. The elimination of the fees was accomplished through an agreement with the New York Power Authority, who will compensate the New York State Office of Parks, Recreation and Historic Preservation $20,000 annually to offset lost revenue. Fees will continue to be charged for camping and picnic shelter reservations. 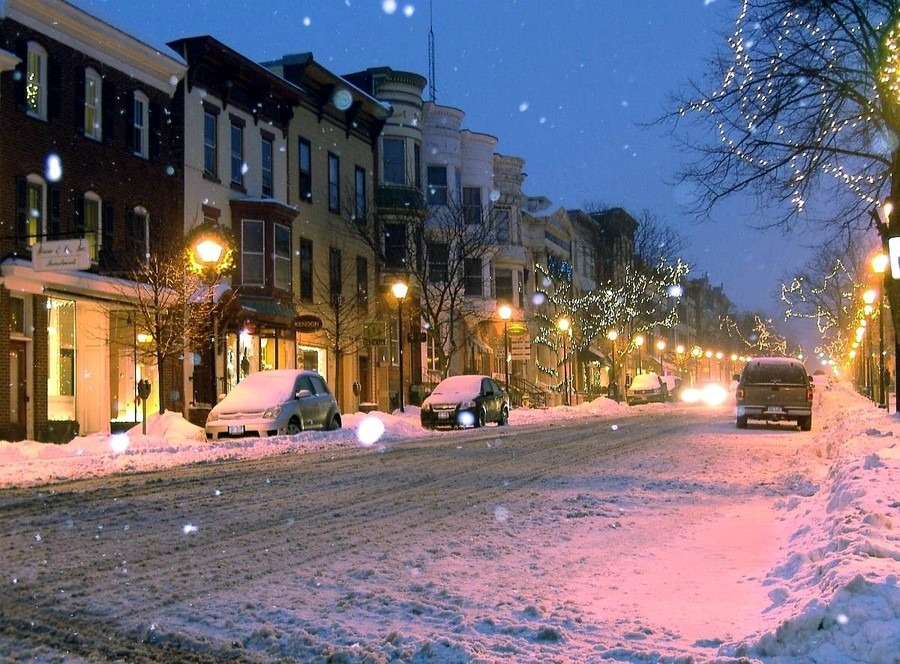 The Hudson Historic District includes most of downtown Hudson, New York, United States, once called “one of the richest dictionaries of architectural history in New York State”. It is a 139-acre (56 ha) area stretching from the city’s waterfront on the east bank of the Hudson River to almost its eastern boundary, with a core area of 45 blocks. It has 756 contributing properties, most of which date from the city’s founding in 1785 to the mid-1930s. In 1985 it was listed on the National Register of Historic Places.

It includes part of Hudson’s original Front Street-Parade Hill-Lower Warren Street Historic District, excluding portions which were demolished soon after that district was designated in 1970. It is one of the rare downtowns to have followed the grid plan laid out by its 18th-century founders through the present day, and Warren Street, its main artery, is New York’s most intact 19th-century main commercial street.

The oldest buildings in the district reflect the city’s post-Revolutionary origins as a safe harbor for New England whalers, a past alluded to today by the whales on the street signs. It later became an industrial center, with areas of worker housing and grand homes of factory owners in its downtown. In the early 20th century, the rise of officially-tolerated prostitution on what is today Columbia Street made the city known as “the little town with the big red-light district.”

Historic preservation efforts since the district’s establishment have helped spur the city’s economic renewal. Shortly after the district was designated, antiques dealers began setting up shops on Warren Street, leading eventually to what The New York Times described as “the best antiques shopping in the Northeast”. Art galleries followed, and many weekend visitors have relocated to Hudson full-time, including some celebrities. The new arrivals have restored old houses they have purchased. The city has established a Historic Preservation Commission to protect the district’s historic character.

Along with many more.

To reserve at the Gallery Inn Catskills please send an email to galleryinn@hotmail.com.

In the email please include the dates you wish to stay along with number of guests (maximum occupancy is 12). We will get back to you promptly.